The HuggingFace text classification template is now available to users. You can use the pre-configured text classifier model template to train with your data and improve the accuracy of your results.

To use the template, when you create a model, choose Text Classifier > Template > Select "HuggingFace".

The silent face anti-spoofing detection model is used to determine if the face in an image is a spoofing attempt or not.

It is designed to prevent people from tricking facial identification systems, such as those used for unlocking phones or accessing secure locations. This is achieved through a process called "liveness" or "anti-spoofing" which judges whether the face presented is genuine or not.

The face presented by other media can be defined as a fake: photo prints of faces, faces on phone screens, silicone masks, 3D human images, etc. This model outputs three concepts: 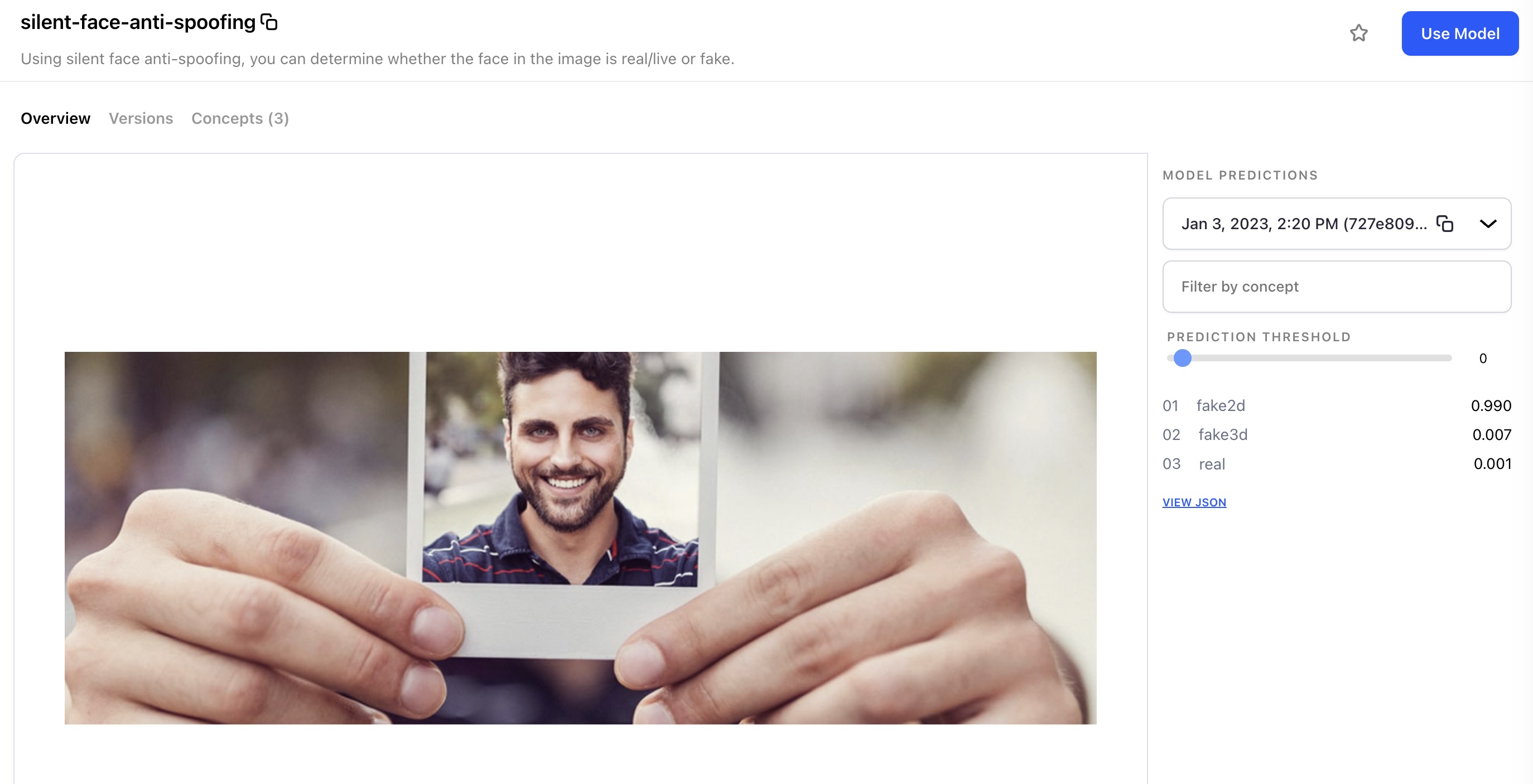 We've made major improvements to the look and feel of Clarifai Community! There's a whole new look when navigating the listing pages for models and workflows, we've added new designs and colors for model and workflow icons, and you can now view them in list or grid mode.

And in grid view: 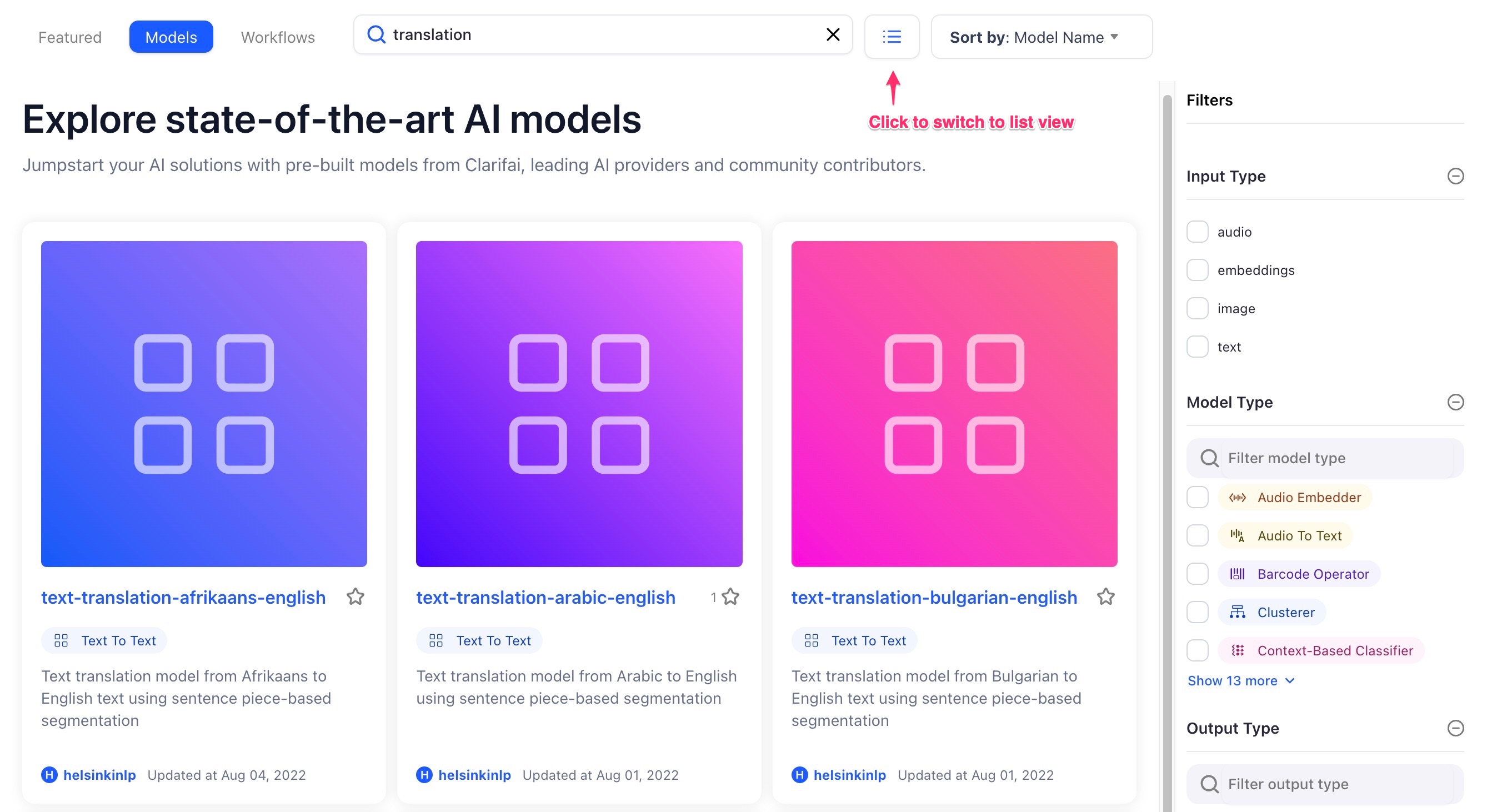 We've also improved the responsiveness of the pages for viewing on mobile devices:

Improvements to the Usage Dashboard

Some of the menus have collapsible sidebars; in the collapsed view on the left sidebar, the menu items are hidden and only the icons are left. We have now added a hover pop-up of the same text we hide to help users understand what each menu item is for.

Public profiles show a user's name if it's their own account, they are a collaborator of your app, or they are part of your organization. Otherwise, it only shows the account name.

Made improvements to dynamically render layouts of workflows.

The workflow editor is now able to interpret an entire workflow graph definition and dynamically calculate the proper 2-dimensional coordinates for each of the nodes in the graph.

You can now use the collection of small Python functions and classes to make common patterns shorter and easier when interacting with our API.

Exclusion of Some Fields From PostModelOutputs and PostWorkflowResults Prediction Responses

Become a member of our Slack Group to interact with other Clarifai users, share best practices and gain access to Clarifai engineers.