Last weekend was the SmallBizHack hackathon at Intuit's headquarters in Mountain View, where over 200 hackers converged to tackle one objective: hack out a project that helps small business owners run their operation. Clarifai was on-site as an official API partner.

Award for Best Use of Clarifai: InventoryML, by Lorman Lau and Jarrett Chan

I caught up with the team behind the winning project, Lorman Lau and Jarrett Chan, after the awards ceremony to learn more about their project. 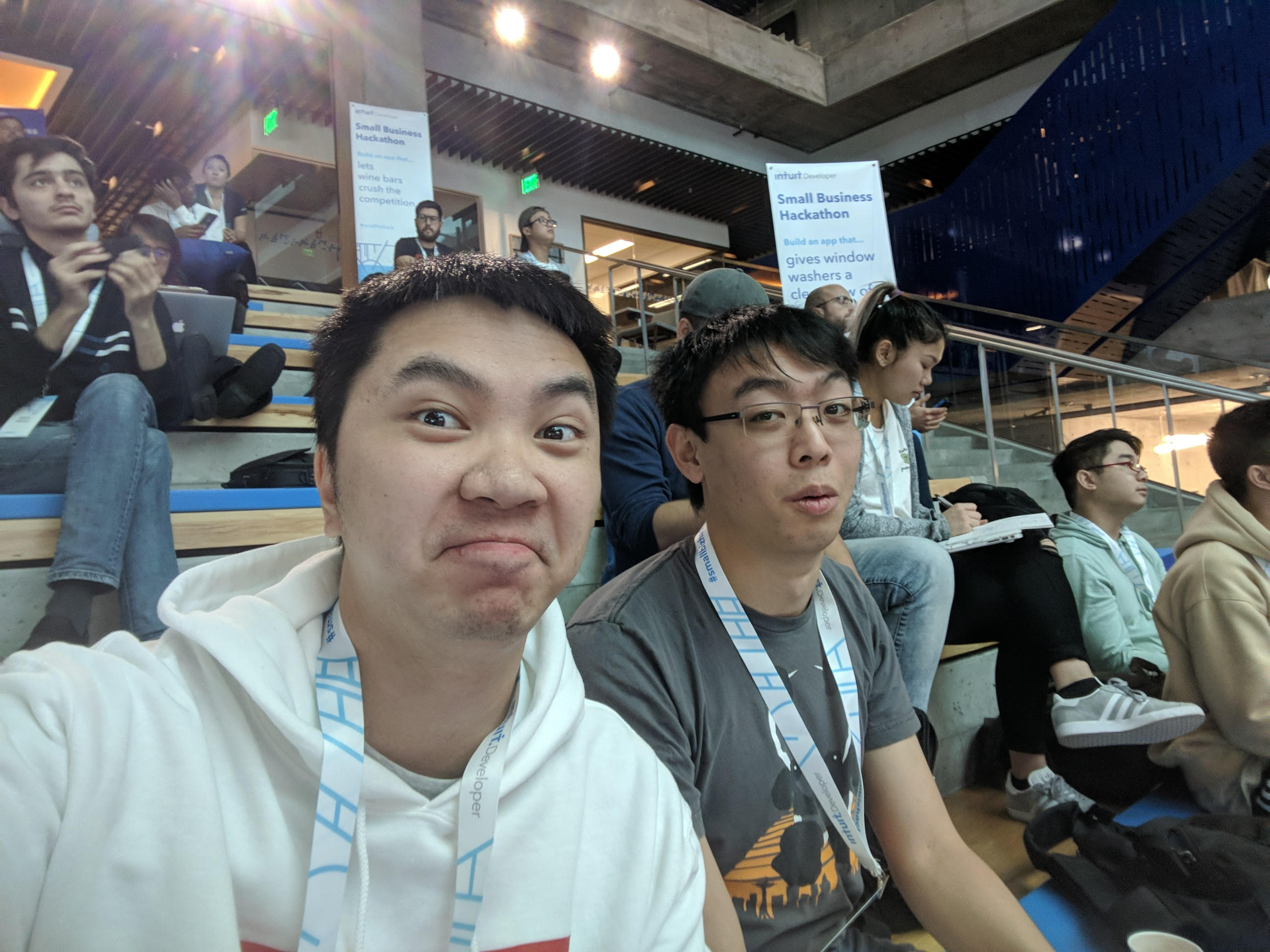 Skip: How did you form your team?
Jarrett: We met at an internship and continued working in contract positions. Lorman invited Jarrett to go to this hackathon.

Skip: Tell us the name of your project and give us a summary pitch.
Jarrett: Our project name is InventoryML. We are trying to help with the problem of small businesses’ difficulty in keeping track of inventory. With our Android app you can take a picture of any item and use machine learning to train your own model, so that when you take a picture of the same item, you can then add or remove an amount of the item to/from your inventory; effectively acting as a handheld scanner.

Skip: What inspired you to take on this project?
Jarrett: Honestly, we were stuck on what to do after discarding a few other ideas during the first few hours of the hackathon. We remembered that during the opening presentation, the issue os inventory management was shared, so we went from there. Of some note, the SeeFood app from the show Silicon Valley was a motivator.

Skip: How does it work, technically speaking?
Jarrett: The Android device can take a picture that is sent via the Clarifai Java API for inference. The user can then confirm that the inference was accurate and then modify the amount of inventory. If the inference was not accurate, the user can retrain the model, which we do by merging a new concept, resending the image, and then training the model.

The inventory was supposed to be done via QuickBooks so multiple people could scan and interact with the same inventory. It works fairly well in this application because for a scanner you are scanning the same single object in the same orientation, so we can remove the problems of detecting the presence of objects(s), removing overlapping concepts, and of multiple objects per image.

Skip: Awesome hack, guys! Thanks for sharing how you built it.

We chose InventoryML for "Best Use of Clarifai API" because it cleverly integrates training and feedback for the custom model directly into a mobile inventory management app. It's an all-in-one prototype that shows off how store proprietors can save a lot of time and effort by leveraging visually intelligent apps to manage their business.